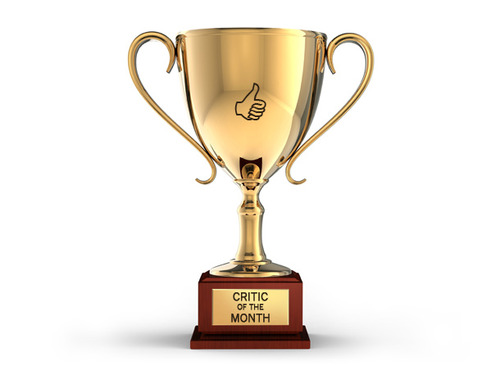 The critics agree: there’s no better movie critic this month than Metacritic!

That’s right: for our November 2014 Critic of the Month, we’re recognizing Metacritic of www.metacritic.com. Mr. Metacritic has all of the qualities we love in a critic: he loves movies and loves to write about them after viewing them.

In honor of Metacritic’s award-winning month of work, we wanted to share several of his recommendations with you from the past year. This should give you a sense of his impeccable taste:

As you can see, Metacritic has a broad taste in film. His palette is remarkable, and we recommend you keep tabs on him in the future. This critic is going places … aside from the movies, that is!

Congratulations, Metacritic, from all of us here at The Critics Agree!